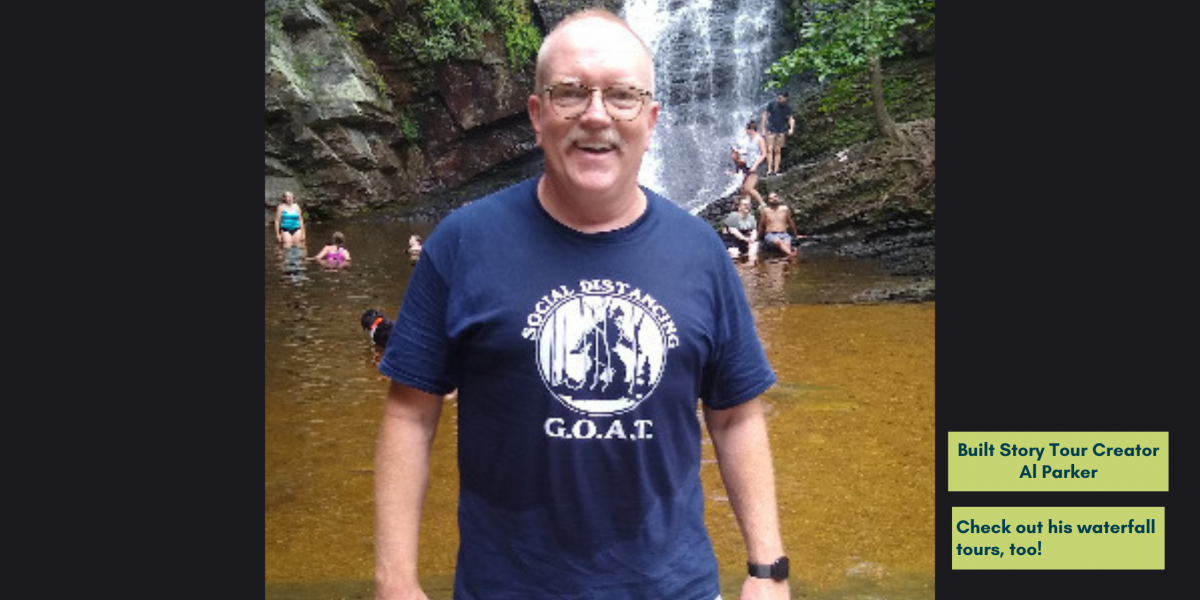 This fall, it finally feels like we are getting a true spooky season, after two years of many towns canceling or cutting back on celebrations. We interviewed tour creator and local historian Al Parker to learn about how Built Story has strengthened his relationship with the Raleigh community, how he finds joy in teaching residents about the unique lore of the area, and most importantly, how he’s found new ways to give back.

How long have you spent in the Raleigh area?

I grew up in Murfreesboro NC, lived there for the first 18 years of my life, went to the University of North Carolina at Chapel Hill, moved to pursue my career as a singer/actor for 10 years, then moved back to North Carolina. I’ve lived in Raleigh most of my adult life.

Tell us about how Built Story helped you strengthen your ties to the community.

I think the best example would be my relationship with the Murfreesboro Historical Association. They couldn't offer in-person tours during COVID, so I thought, “Why don’t we use modern tech to teach people about 17th and 18th century history of Murfreesboro?”  I donated my time and research to them, and created two tours for them - one a history and tour and the other a “Ghosts, Legends, and Lore” tour.

How many ghost stories and walking tours do you currently have on Built Story?

I have authored four total ghost tours, one about Raleigh, one about Durham, and one about  Chapel Hill, the Halloween lights in Raleigh tour, and the two Murfreesboro tours (and this holiday season I am excited about my two Wake County Christmas lights tours!) I also have two Western NC Waterfall tours.

Do you have any hidden gems for aspiring historians that you recommend people visit in North Carolina?

That would have to be the Brady C. Jefcoat Museum of Americana in Murfreesboro. It’s a 3-story, 100-year-old school building that has been renovated and houses a collection of over 17,000 items. No museum in North Carolina has this volume of antiques and relics.

Mr. Jefcoat lived here in the area and poured his life into it, and insisted that his collection be displayed in its entirety, despite requests from the Smithsonian. So, he established a foundation to preserve it all in this old school building.

Some visitors believe that the items in the collection may carry residual energy from their original owners. Others wonder if Mr. Jefcoat, who passed away in 2013, is still watching after his collection.  I invited paranormal researchers to visit the collection, and they took photos of a crystal ball. In the photo, it looks like a human face is staring back.  We’ve tried replicating the photo and tried to figure out what could be reflecting in the glass to make that image appear.  We have not been able to figure it out. 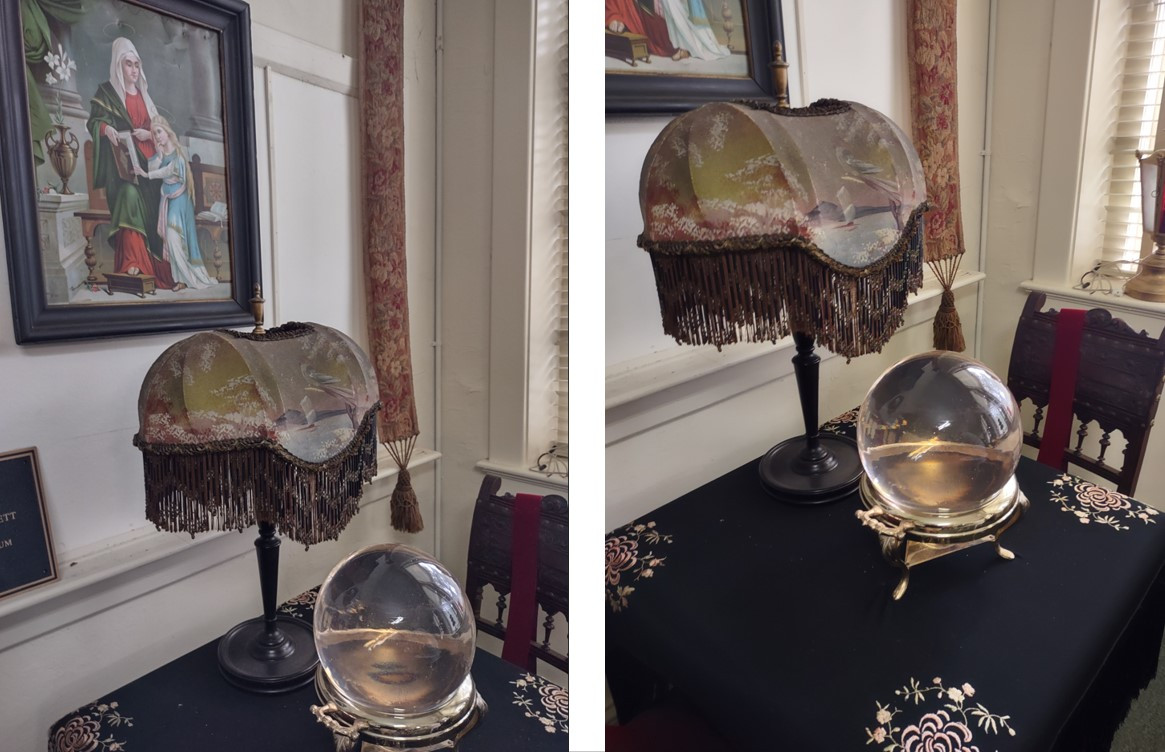 Crystal ball in the Brady C. Jefcoat Museum of Americana in Murfreesboro

What’s been the biggest takeaway from your experience building tours?

My favorite part has been introducing new audiences to this amazing local history. We all read about Colonial Williamsburg and the like growing up in school, but you need to appeal to today’s audience in a different way. Making things interactive and having them come to life is much more impactful. If you can give people a new reason to revisit these places and see them through a different lens, then it brings an entire new audience to history across generations.

What are some ways you’ve been able to give back to the community with Built Story?

I’ve donated my profits from Christmas tours in the past two years to a local nonprofit that helps kids aging out of the foster home system called Hope Center at Pullen. It’s important to me that it’s local and I can personally see the real impact of donations and how they do such great work with those funds.

All proceeds from my two Murfreesboro tours go to Murfreesboro Historical Association. They’re a wonderful local group that does incredible historical preservation work, and I’ve been thrilled to give them a new source of income.  I created the tours for them, created the account on Built Story for them, and had it connected directly to their bank.

What’s next in your historian journey?

Next month, I’ll be adding video clips to the ghost tours of people telling ghost stories that they personally experienced.

Where else can people find you?

I am featured on the Talk of the Triangle podcast in episode 6 that went live this week, discussing Raleigh area ghosts and the Built Story App.  I am featured in this month’s Midtown Magazine, in Cary Living Magazine, and in Wake Living Magazine, I am co hosting the History that Haunts Cary Trolley Tour on October 13, 19, and 20, and I will be hosting a night of local ghost stories and paranormal experiences on October 26 at 7 pm at Nickelpoint Brewing Company in Raleigh.  Lastly, I’ll be onstage on October 27, at 7 p.m., for an event sponsored by Raleigh Parks and Recreation called "Cinema in the Square.” Two lucky winners in the audience will win a free Built Story Ghost Tour.  With all of these ghost and folklore tours, Halloween is my busy season!

You can take all of Al Parker’s tours on the Built Story app here. 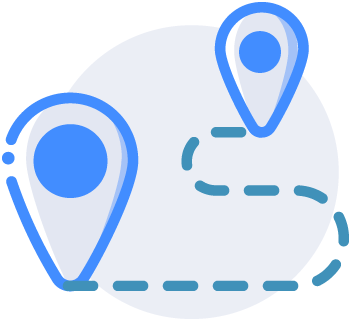 Search our database for memorable travel experiences - whether you're going around the world or around the block. 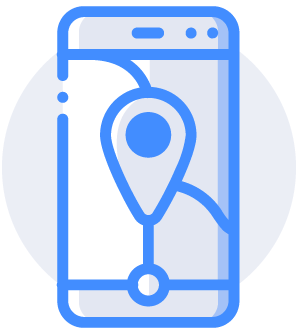 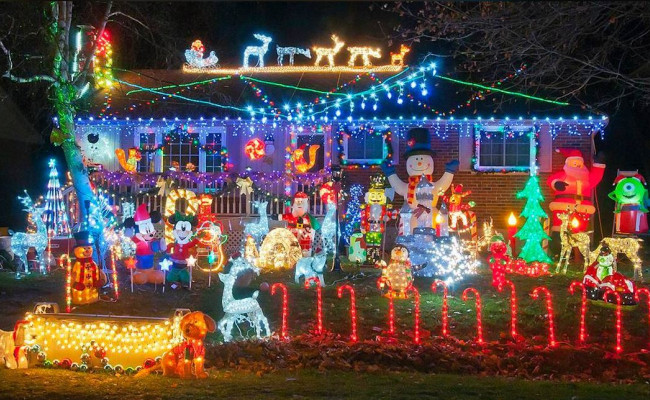 How to Take Your Christmas Lights to the Next Level

From synchronized light displays, to every-square-inch-of-yard-is-covered, to one glimmering strand... 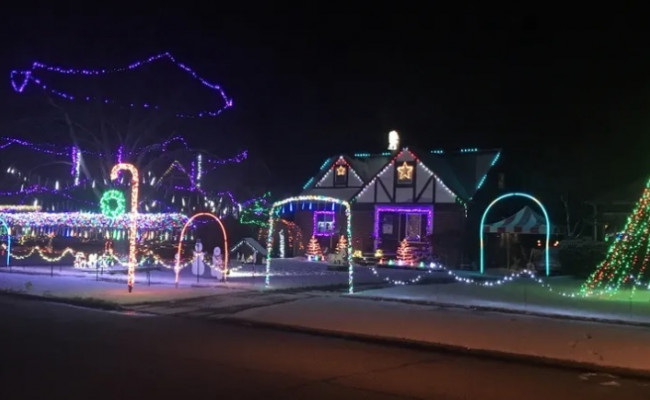 Homeowner Spotlight - The Story Behind Your Favorite Christmas Displays 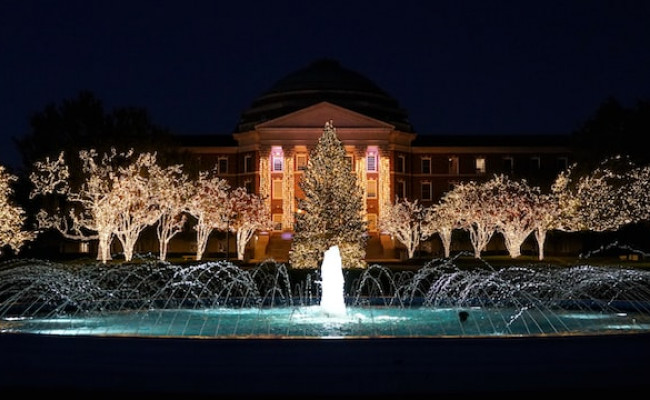 5 Things to Do in Texas This Holiday Season

The Lone Star State is very-merry this time of year! 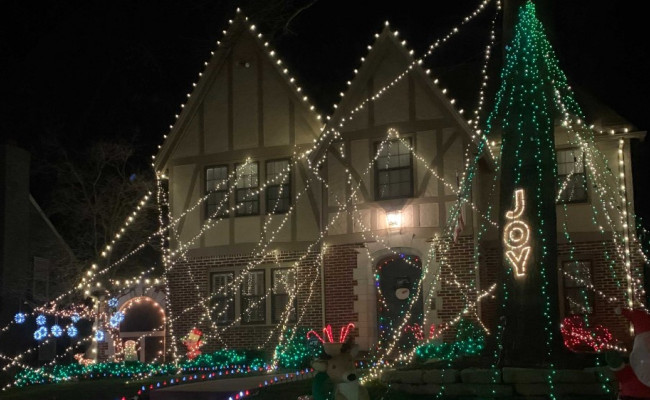 Kansas City glimmers merrily during the holidays. Here's how to find the brightest.